Lazio Region, on the case of masks never delivered, replies to L’Unico Ettore Minore, import-export manager and expert in trade relations with China: “Error not justified by urgency”

by Pietro Fiocchi (source: L’Unico – Sovranista Newspaper)
On the now infamous case of the Lazio masks, L’Unico also wants to go all the way, as well as some politicians who are moving in this direction and to whom we have already asked some of our questions. But we would also like to look further. Understanding how we could move differently, in a situation like this or similar. 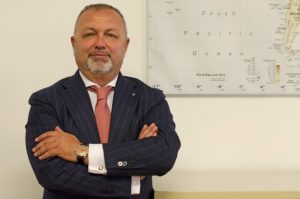 We ask Ettore Minore, general manager of International Trade Market Ltd, which has been operating between Italy and China for twenty years.

In your opinion, how did the leaders of the Lazio Region move towards the purchase of masks? What determined the choice of a company that, if all confirmed, with its defaults created further serious problems for us?

Of course, the period did not create the positive factors of choice, but I believe that here we are faced with an error (if we want to call it that), to say the least, embarrassing that cannot be justified with urgency. If everything were to be confirmed, the serious error could have been caused by incompetence and poor management control of the offices that manage purchases in the Lazio Region. Naturally, we are talking about the technicians in charge of this task. The political party is not always responsible also because many times these procedures are conducted precisely by technicians and only in the final part is there political control. But it is the responsibility of politics to punish those who have done similar damage to prevent other similar situations in the future.

Although we are in the midst of an emergency and with the minutes counted, there is always the risk of improper choices, do you think the mistake could have been avoided?

I repeat, if everything were to be ascertained, a very serious mistake has been made. To avoid this, it was enough to carry out a few quick checks, such as if the Company has already had import export operations, when and to what extent. For an institution like the Lazio Region, having this information from the Customs Agency would have been much easier. For example, avoid that the company was partly formed by an S.r.l.s. (simplified limited liability company), check the registered office and operational headquarters. In short, it seems to me that this has not been done. For example, we, who import PPE and specifically FFP2, have had to certify requirements for some organizations and even at a time like this, the presence in the office has always been active. How would it have been better to act on the part of the Region to go without fail and identify a reliable company, Italian or Chinese?

Identifying the right company is not difficult, but with the urgency of this period it could be difficult. Companies operating in Import Export are usually known by international freight forwarders, they are registered by the Customs Agency. The advice is to contact an Italian company that already operates in the production territories, in this case in the People’s Republic of China, and not to rely directly on a Chinese company, this is because payments are always fully or partially advanced and an Italian company present in loco also guarantees some control. As regards Health Products in this period, especially PPE, we are experiencing a moment of chaos due to too stringent regulations and a bureaucracy that too often feeds this type of scams or speculations. A leaner and faster regulation in times of serious emergency like this would guarantee a better supply for the community. 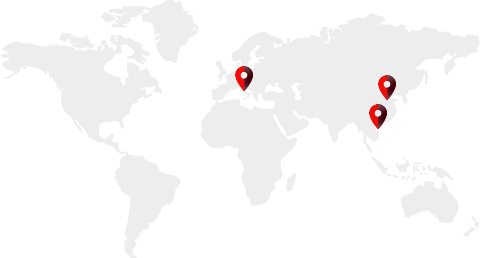 Write to us, we are the guide for your business opportunities.